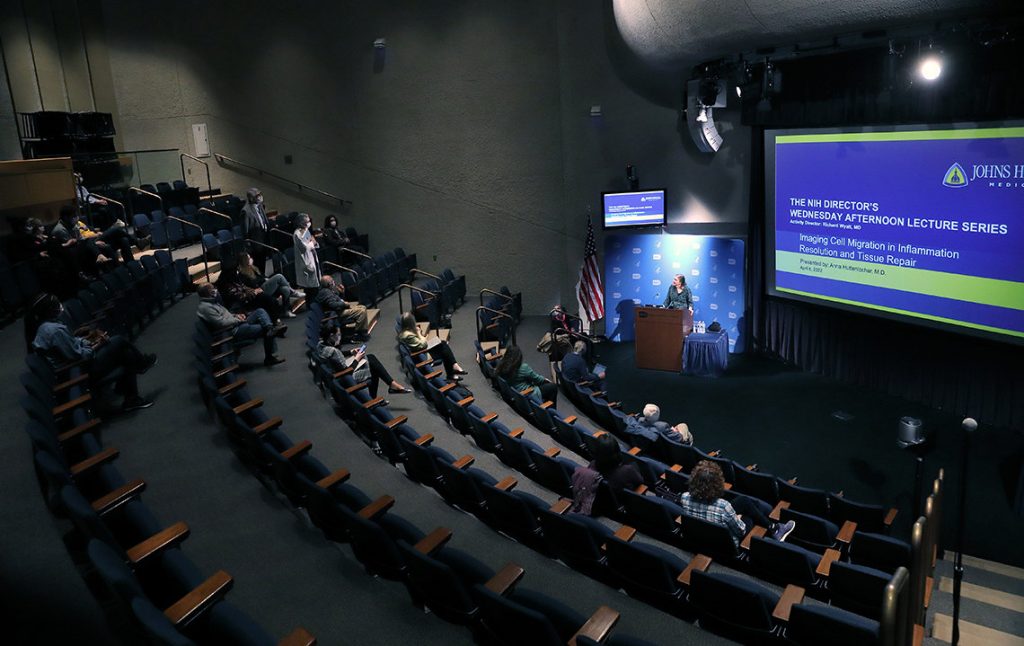 Tune in December 14 at 2:00pm Eastern (11:00am Pacific) to hear David present at the NIH Director’s Wednesday Afternoon Lecture Series.

The talk will be broadcast live at https://videocast.nih.gov

From the National Institutes of Health:

The NIH Director’s Wednesday Afternoon Lecture Series, colloquially known as WALS, is the highest-profile lecture program at the NIH. Traditionally, lectures have occurred on most Wednesdays from September through June from 3:00 to 4:00 p.m. ET in Masur Auditorium, Building 10 on the NIH Bethesda campus.

Each season includes some of the biggest names in biomedical and behavioral research. The goal of the WALS is to keep NIH researchers abreast of the latest and most important research in the United States and beyond. An added treat is the annual J. Edward Rall Cultural Lecture, which features top authors and other cultural icons. All speakers are nominated by the NIH community.

The WALS began in 1994 as a means to bring together the NIH staff at a set time weekly. “I am very pleased that the NIH now has a regular slot for an outstanding outside speaker each week,” said Dr. Harold Varmus, then recently named NIH Director in 1994. “We are all slaves to our schedules and creatures of habit, so I am glad to be able to block out Wednesdays at 3 p.m. for the coming academic year to listen to the wonderful people who have agreed to tell us about their latest work.”

Consider setting aside your Wednesdays for the WALS.

All lectures are viewable live at https://videocast.nih.gov and then later archived here.

SIgn up for the WALS listserv to receive notices about each lecture.