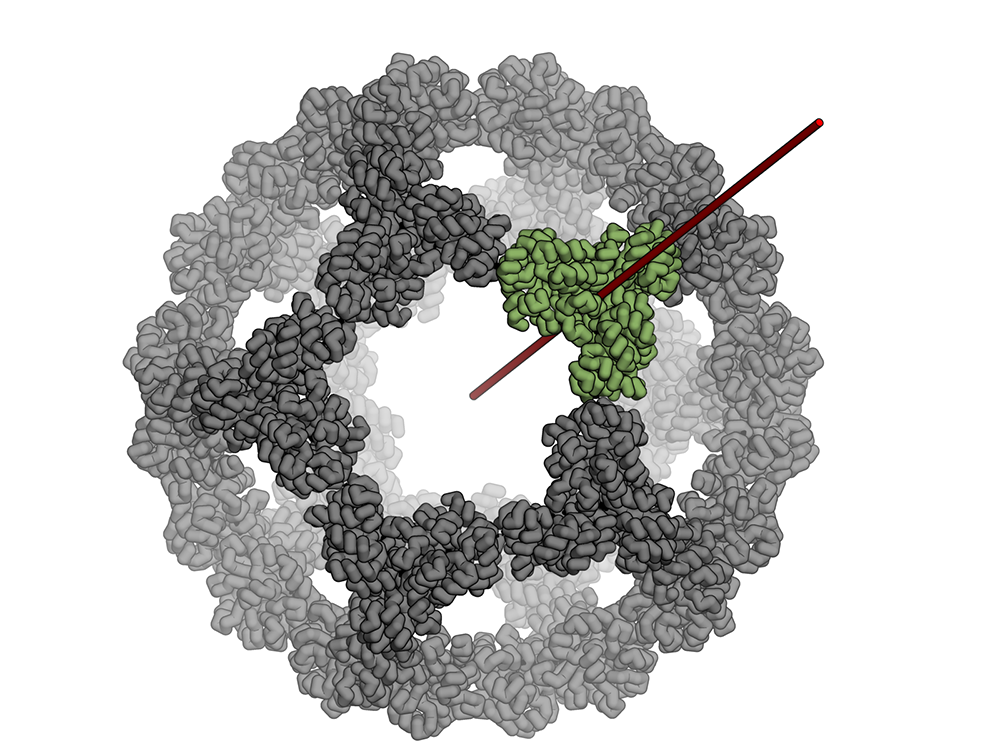 The icosahedron is the largest of the Platonic solids, and icosahedral protein structures are widely used in biological systems for packaging and transport1, 2. There has been considerable interest in repurposing such structures3, 4, 5 for applications ranging from targeted delivery to multivalent immunogen presentation. The ability to design proteins that self-assemble into precisely specified, highly ordered icosahedral structures would open the door to a new generation of protein containers with properties custom-tailored to specific applications. Here we describe the computational design of a 25-nanometre icosahedral nanocage that self-assembles from trimeric protein building blocks. The designed protein was produced in Escherichia coli, and found by electron microscopy to assemble into a homogenous population of icosahedral particles nearly identical to the design model. The particles are stable in 6.7 molar guanidine hydrochloride at up to 80 degrees Celsius, and undergo extremely abrupt, but reversible, disassembly between 2 molar and 2.25 molar guanidinium thiocyanate. The icosahedron is robust to genetic fusions: one or two copies of green fluorescent protein (GFP) can be fused to each of the 60 subunits to create highly fluorescent ‘standard candles’ for use in light microscopy, and a designed protein pentamer can be placed in the centre of each of the 20 pentameric faces to modulate the size of the entrance/exit channels of the cage. Such robust and customizable nanocages should have considerable utility in targeted drug delivery6, vaccine design7 and synthetic biology8.

Read more about this paper in the article written by Chemical & Engineering News here and listen to the Nature podcast here under “Protein Football.”